Assassin’s Creed 3 is the 5th game in the franchise and it continues where Revelations left off but has the game changed or been upgraded? Is it better or worse than its predecessors? Well, only one way to find out. In this Assassin’s Creed review, I have gathered all the relevant information about the game, so one can discover if there is anything new, has the game changed at all and whether it is better than the previous one. To put it in short, to find out if it is worth the time. So let us find out if this game is for you.

Yes, the game does include blood, blood spatter and bodies along with skeletons and such. The bodies of those you killed, will disappear after you have left the scene, or after a minute or two, depending on which came first.

Drugs do not play a part in the game at all, however, alcohol is present in a few of the storyline scenes. Weapons play a very big role on the other hand, especially bladed weapons such as swords and such. As for foul speech, the single-player mode does not contain any foul speech at all, as it is not a part of the game. Multiplayer mode on the other does not include foul speech either, but there is no telling what kind of speech other players might use.

The Assassin’s Creed 3 game is played as a third person shooter, with no options to change it or the camera angle you play from.

Assassin’s Creed 3 does not include any parental controls because of a few reasons, the main one being it has an age restriction of 18+, which means children should not be playing in the first place. There are however parental guides on the internet homepages for those who decide to let their children play even with the age restrictions and whatnot.

The Assassin’s Creed 3 game can be bought at the price of +-$20, depending on the edition of the game you choose, on what platform you will be playing and from where (The price may vary depending on from which online stores and even real stores you buy from). 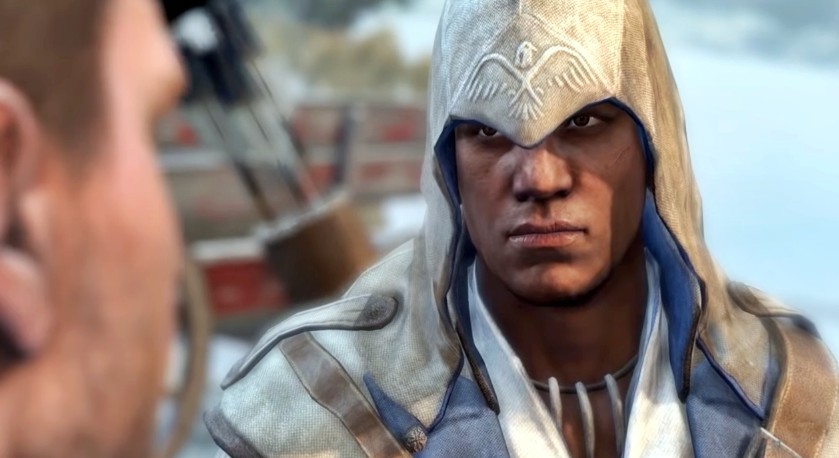 Since Assassin’s Creed 3 is older than most of the other games in the franchise, it is available on a few more platforms that include: 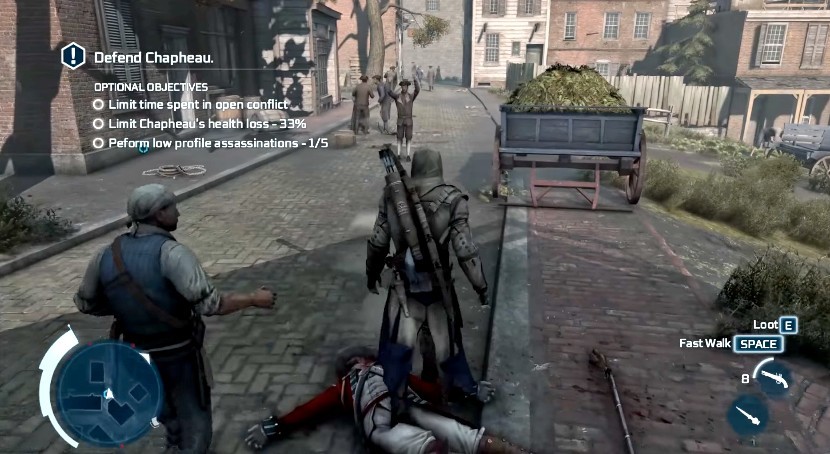 Assassin’s Creed 3, much like the other games is about someone in the present day using a machine named the animus to relive the memories of an ancestor. In this game’s case, the guy in the present day is Desmond Miles and he is reliving the memories in order to find a way to stop the oncoming apocalypse. You play as 3 different characters during the game, each with their own missions and so forth to complete. The map is open world, so one can explore the area without having to do a quest and it is on the large side with forest and such in-between the different towns. While playing, there will be main missions/quest which will further the storyline of the game, but there will also be side missions which earn you money, experience and so forth.

Explore a large open-world map which include a forest, towns and so forth.

Complete missions to get the full storyline and save the world.

Be stealthy, it is an assassination game after all. 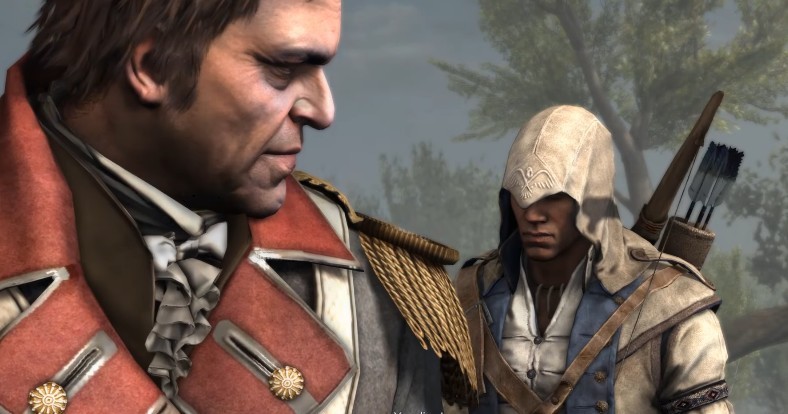 Assassin’s Creed is one of the only games in the entire franchise, which contains a multiplayer online game mode where players can compete against one another solo or in teams.

The map is open world and set in the 18th
century Boston New York.

Instead of one character the entire game, you play 3 different ones throughout the game.

One plays as Desmond Miles, an assassin who is trying to stop the apocalypse from happening in 2012. To do so, he has to use the animus to relive his ancestor’s memories to get the answers he seeks.

The game contains a few more weapons than its predecessors’, such as muskets and so forth. Parkour and such is also now a bigger and better part of the game.

Stealth is much easier as one can hide in tall grass, get camouflage by walking with 2+ people and even hide in trees.

Assassin’s Creed 3 also features seasons and weather now. It can rain, snow or be sunny depending on the season and so on.

Weather such as snow and rain can help with stealth as it affects the line of sight for not only you, but enemies as well.

Wild animals such as dears, bears and so forth are now a part of the game. They can be hunted for meat or marrow which can be sold. The price will be determined by the skill used in the attack. The more stealth used during the kill, the higher the price.

Domestic animals such as cats and dogs are also a part of the game. They can be petted, but it offers nothing to the player. Horses are also present and one can ride them as a faster way of travel. 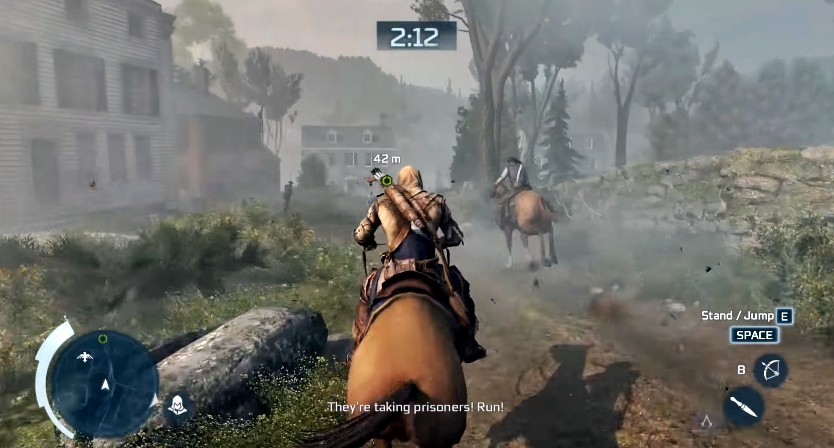 The game includes horses, and one can ride them anywhere you want.

Different types of weather and season make for a realistic game.

The game has amazing graphics, from the snow to the houses.

The combat and fighting has been updated making for more difficult yet realist fight scenes.

One can now hide in trees, long grass or by walking among people.

The storyline is amazing and it continues right after Assassin’s Creed Revelations. 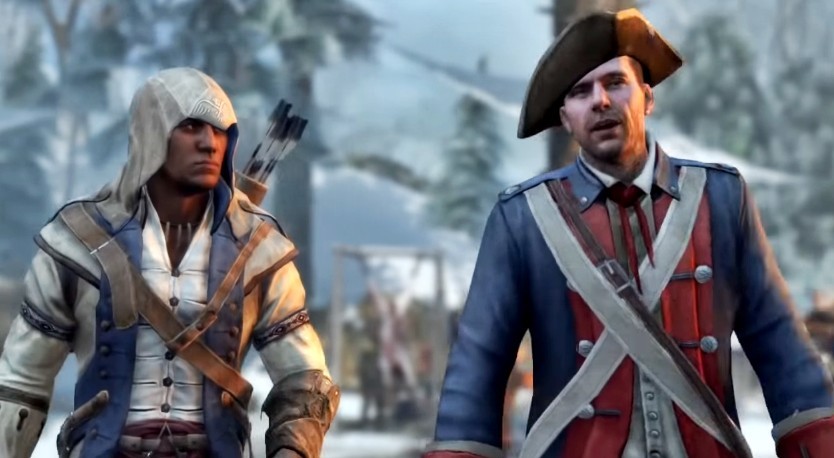 The switching between characters can make it a bit difficult to keep up with the time- and storyline.

Yes, the combat scenes have been upgraded, but they still need some work.

The parkour needs some work, as one keeps running up trees and such even when you do not want to. 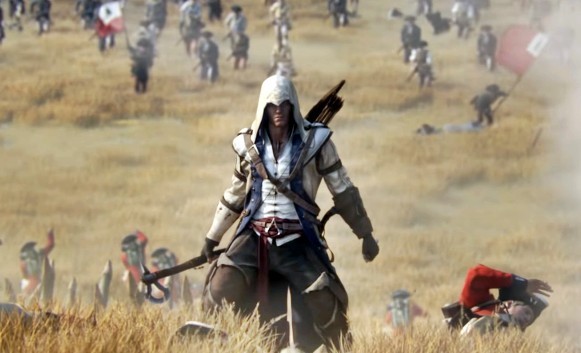