An introduction to the game Assassin’s Creed 4 Black Flag, detailing everything there is to know about the game. Computer Specs, game features and everything else one might want to know before purchasing and playing it. Assassin’s Creed Black Flag is the 7th game in the franchise, and it is one of the games that has won multiple awards, but not only that, it was the most popular game of 2013 with the most copies sold in a single year. One can understand why it is so popular to this day once you have played the game, but for those who have not had the honor, here is the reason for its popularity. Let us begin…

The game includes blood spatter and bodies that disappear after a certain amount of time. Skeletons and so on can be found on the different islands.

Assassin’s Creed 4 has a high violence rating due to the fact that the player character uses blades/swords and guns to kill other in-game persons and not only that, but the story plot follows religious wars which include stealth killings, and wars with ships. The player will furthermore have to destroy forts and so on in order to take control of it and to gain loot.

Foul speech and drugs are not a part of the game however weapons such as blades, swords, guns, cannons, and mortars are a part of the game. Hunting tools such as spears are also included and moreover, alcohol. The player cannot make its character drink, but certain parts of the storyline do feature people including the character getting drunk.

The game is completely third-person shooter and it cannot be changed.

The game does not include parental control settings, however other types of settings and restrictions can be set to limit or restrict access.

Assassin’s Creed Black Flag can be played both online and offline, with the only difference being that you cannot unlock achievements while offline.

There is, however, an online multiplayer option that gives you access to new maps, modes and so forth along with the basic ability to play with others.

The Assassin’s Creed Black Flag game can be bought online for the price of $19.99 and up, the price depending on the edition, the platform of the game and from which store you buy it. 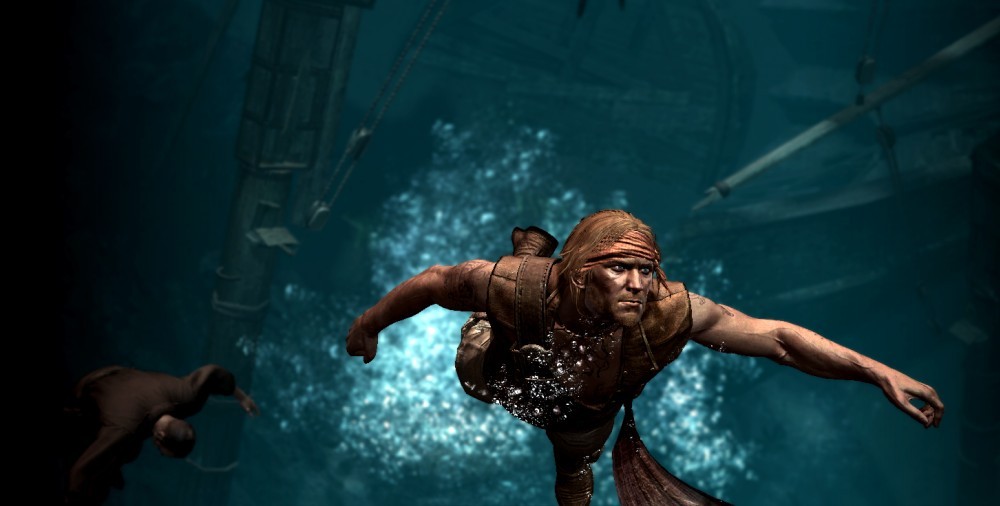 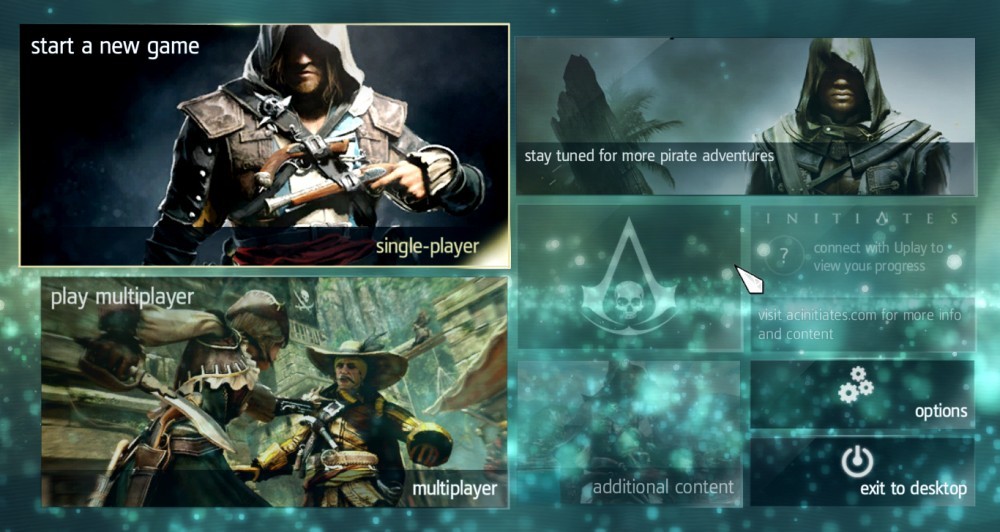 Assassin’s Creed 4 Black Flag follows the story of a pirate Edward Kenway as he becomes a pirate to get rich, but the plan is foiled and he has to become an assassin to survive. He lands in the middle of a war between Templars and Assassins along with the war and blood between everyone including the pirates. In an effort to find that one thing that would make him rich and as it so happens to be, save the nations by ending the war, he makes new “friends” and goes on a very long and dangerous journey to get back home.

The point is that the player will have to complete a busload of missions, from assassinations to protecting others, and it might be simple at times, but most of the time it will not be easy.

You will furthermore, take control of a Spanish ship, the blackdaw, and use it to explore the seas, battle other ships, destroy forts and take over islands. At times, you will be able to go fishing or even diving for rare treasures. Make sure to upgrade your ship, blades, and swords; the enemy only gets stronger the further into the game you get.

As for the quests and missions, you can expect random things. Some quests ask you to assassinate someone and others want you to raid entire forts. Mission wise, you can literally expect anything that has to do with the storyline, with some tasking you to protect someone or save a village and others asking you to infiltrate compounds. So be prepared for a roller coaster of things to do with some being easy and others being hard. 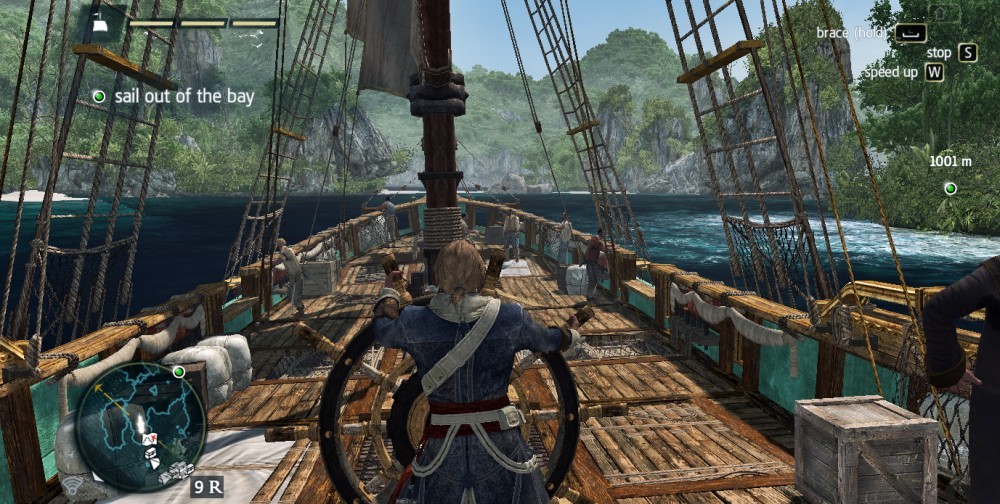 A great storyline about a pirate, who becomes an assassin in order to get rich. It is, however save to say, it did not turn out that way.

Assassin’s Creed 4 Black Flag, unlike the others, focuses more on the ship exploration and islands to be discovered.

An open-world map that is not only large but includes other ships and so forth.

A diving bell that allows the player to free dive near shipwrecks and so forth; discovering treasures and amazing loot. Watch out for the sharks though.

The map is based on the West Indies and includes three main cities; Havana, Nassau and Kingston.

Hunting animals and harpooning large fish is also part of the game and it is necessary since skin and so forth is needed for clothing and upgrades.

Very realistic person to person and ship to ship combat is a big part of this game.

There are tons of other small things like player freedom that allows you to explore without having to move from mission to mission, but there are so many it would be impossible to list everything. 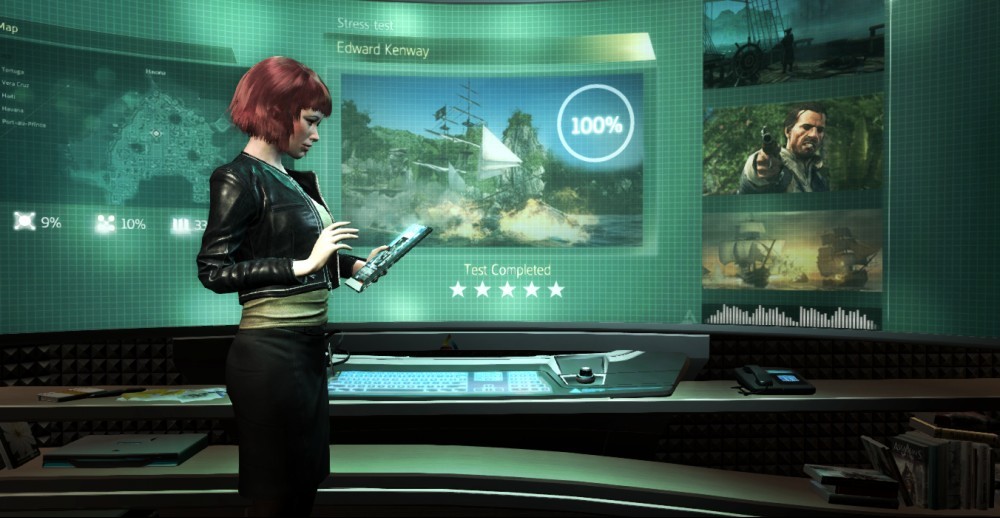 The game has extremely good graphics and they did a great job of making it look realistic.

I really like the fact that you get your own ship and that you can actually steer it over the open seas.

One can upgrade weapons and so forth to make it not only stronger, but to make it look better as well.

Different types of clothing to select throughout the game.

The game has plenty of quests and missions that have nothing to do with the main goal at all.

Not just one island, but an entire map filled with smaller islands that you can battle, defeat and then own if you won.

Hundreds of other ships, smaller and bigger than yours; which you can battle to gain loot and crew.

The main missions follow a storyline that is not only entertaining, but part of the big picture that follows all the Assassin’s Creed games.

There are parts in the game where you are in the present timeline, and you have to complete missions there too. 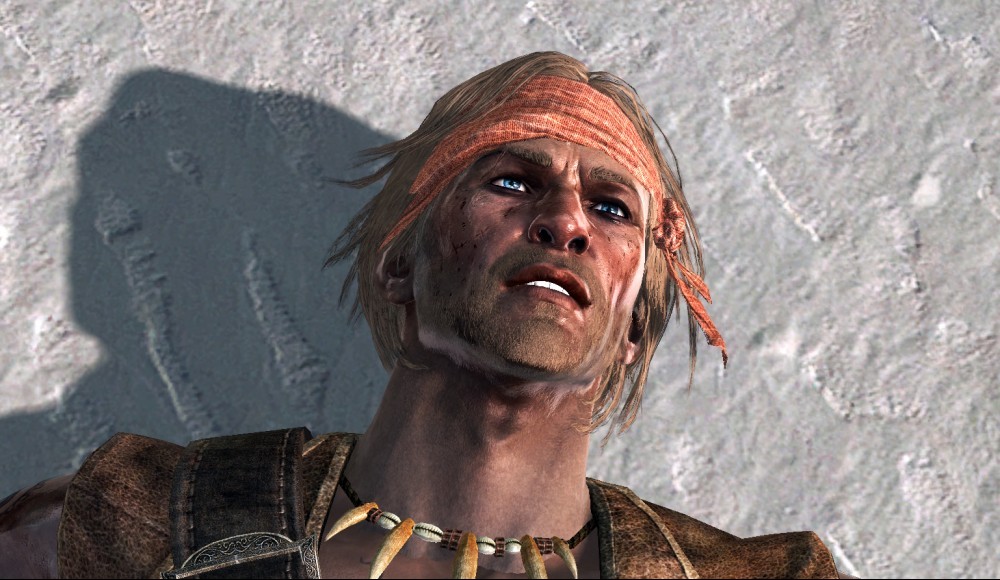 You are stuck with the ship you have. Yes, you can upgrade it, but that’s it. You cannot get a bigger or better one.

Once the last main mission is completed, you are done. You cannot go back to do the other quests and so forth. 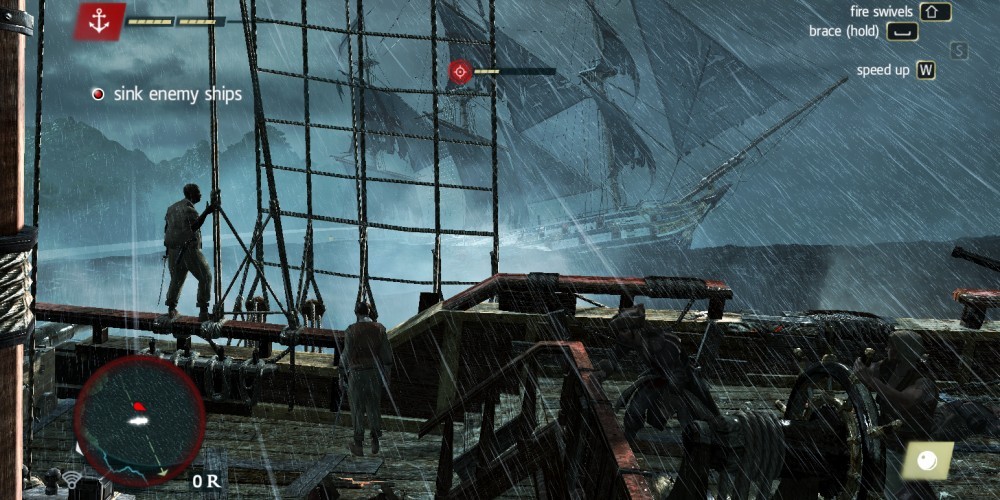