Fortnite Battle Royal, one of the most popular games of 2019 right? Today we will have a look at everything one needs to know about the game, from what the goal is to what Computer rig you will need.  Fortnite is one the most popular games these days, with tournaments and competitions rewarding actual money and so on. So let us begin this review to see if you are going to be playing Fortnite and becoming the next big star.

The only violence present is the fact that players have to shoot and kill one another in the game.

Weapons are present, but no drugs, gambling or foul language. Please note, that since it is an online game and players can communicate with one another, it is impossible to say what speech will be used. Volume on the microphones can always be tuned down.

Fortnite is a first-person shooter game, meaning the game is experienced through the eyes of the protagonist/ character.

In recent updates, Epic games introduced Parental
Control and a few other features to make sure parents can control how long, how much their children play. It can be disabled if it is not needed.

Fortnite is completely online and cannot be played without internet access.

Fortnite Battle Royal is free to download and install, however, there are loads of in-game purchases, but you do not have to buy anything if you do not want to.

These purchases include skins, emotes and your seasonal battle pass which cost around about $10.

When purchasing in-game items, one has the ability to support a creator. This means that you can enter the creator code of a friend or someone you know who has a creator’s account and then they will receive a certain amount of currency for every purchase you make.

Keep in mind that Fortnite is owned by Epic Games, and you will need an account with them in order to play the game. No worries though, creating an Epic Games account is completely free, so no charges required there either.

On what Platforms is Fortnite Available? 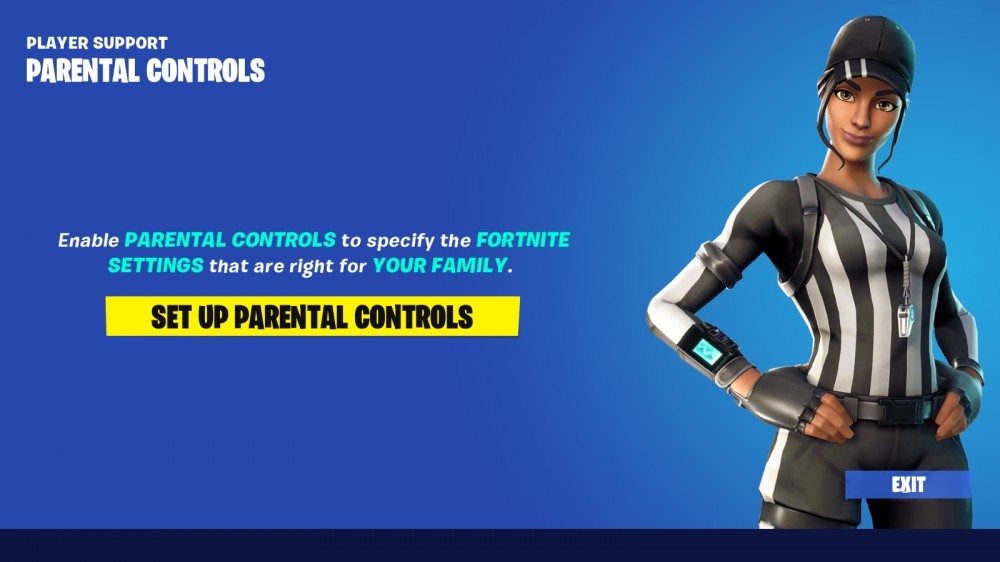 Fortnite – How To Play The Game

Fortnite has two different parts to the game. They are, Fortnite Save the world and Fortnite Battle Royal, which is what this review is all about.

Fortnite Battle Royal is played as follows. You choose what type of game you want to play whether it be Squads (teams of 4), Duos (teams of 2), Solo (every player for himself) or that week’s special mode which can literally be anything. You will then go to spawn island to wait for the server to be filled (each match contains 100 players), afterwards everyone will then be put on a bus in the sky where you can choose to drop at any time, skydiving down you can go anywhere on the large map. Once you land you will have to gather weapons, medkits, juices (Shield) and special items such as grenades, gliders and so forth by searching for chests, ammo boxes and loot that is just lying around. You will, furthermore, have to collect materials such as wood (chop down trees), brick (break walls and rocks) and metal (scrap metal or metal objects) to build walls and so forth as to protect yourself from gunfire or the build up to reach higher places. Keep in mind that a storm will form and that you need to reach the circle (save zone) before the storm catches you. The circle and storm shrink in regular intervals and the storm will deal more and more damage, the smaller the circle gets.

To Put It In Short;

Drop from the bus anywhere on the map.

Collect weapons, materials and so forth.

Protect yourself while eliminating other players.

Always get to the circle before the storm gets to you.

Survive and eliminate others until you are the last one left claiming the victory royal.

Fortnite is season based. Every few weeks, a new season starts with a major event, which can change the map, bring new weapons, and remove old weapons.

With each new season, you can purchase a battle pass, which will unlock in-game challenges, that will upon completion reward you with items, like skins, emotes and so forth.

You can purchase or win different skins, emotes, back bling, axes and so much more, making your character different from everyone else.

Another awesome aspect of the games are the tournaments they hold. Each season has its own tournament where players can compete to not only see who is best, but to win a little money on the side along with a few other things, not to mention the 2019 Fortnite world cup, which had players walking away with thousands of dollars, and the winners with millions. They furthermore hold a Pro Am more than once each year when players get to compete and the money that is made (usually millions) gets donated to a charity or foundation of the winner and top players’ choice.

There is, moreover a creative mode where you can practice building, test weapons or just have fun.

The game does include things like emotes (small dances and so forth) skins (different skins so everyone looks different) axes and a few other things that has to be purchased with real money or you can claim certain ones as rewards for completing challenges during your battles for victory.

Large map so it can be hard to find other players.

The weapons do not stay the same. Each week new ones are brought in and old ones are vaulted.

Skins and so forth allow everyone to look different.

Every update each week brings in something new.

Each season ends with a large event and a big bang.

There are always interesting things happening whether it be challenges, new game modes and so forth. One is always entertained.

Because the game is completely internet based, ping can become an issue. A low ping is needed to play the game to its fullest, however this does not mean you cannot play if you have a high ping, it just means that you will need to practice more than others.

Ping is affected by your internet speed and whether there are Fortnite servers close by. Obviously the better your internet line the better your ping, but this will only work to a point which is where the servers come in. In some countries like South Africa, they do not have Fortnite servers yet, thus they have to play on other servers causing a higher ping that can go into the hundreds.