The Just Cause franchise has released yet another game, Just Cause 4, and they say it is epic but is it really? With a new game, comes a lot of questions. Is it anything like its predecessors? Is the game worth it? What is the point of the game? Has it changed at all? Well, in this Just Cause 4 review, I will explain what is new, what is old and what has changed. All info about the game will be provided and if you stick with me just a bit longer, we can determine if this game is worthwhile or not.

Yes, the game does include blood and blood spatter along with bodies that will disappear after a certain amount of time. Certain areas of the map, however, do include bodies that are permanent as only the bodies of those who you have killed disappear.

No, drugs and alcohol are not a part of this game, however, foul speech is present occasionally. Weapons, on the other hand, are a very big part of this game, especially guns. Other types of weapons are also present suck as knives, blades, military vehicles and so forth.

Due to the fact that the game has an age restriction of 18+, the creators did not see a point in including parental controls, as children should not be playing this game.

Just Cause 4 is strictly an offline game, with no need for internet access at all. The only time it is required is when downloading and installing the game, or for the very occasional update.

The game can cost you anywhere from $20 and up, with the price depending on a few different things. The edition of the game, the platform as well as from where you buy it can all influence how much you pay. 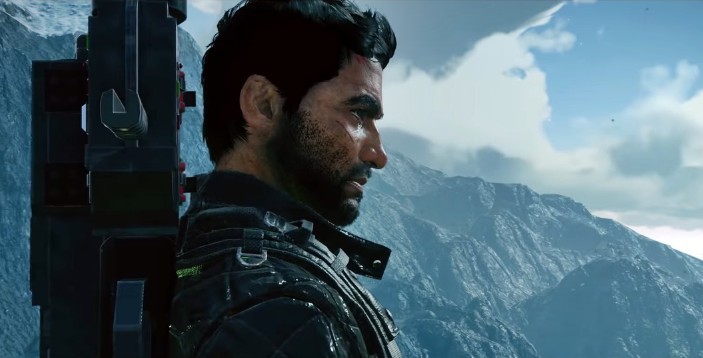 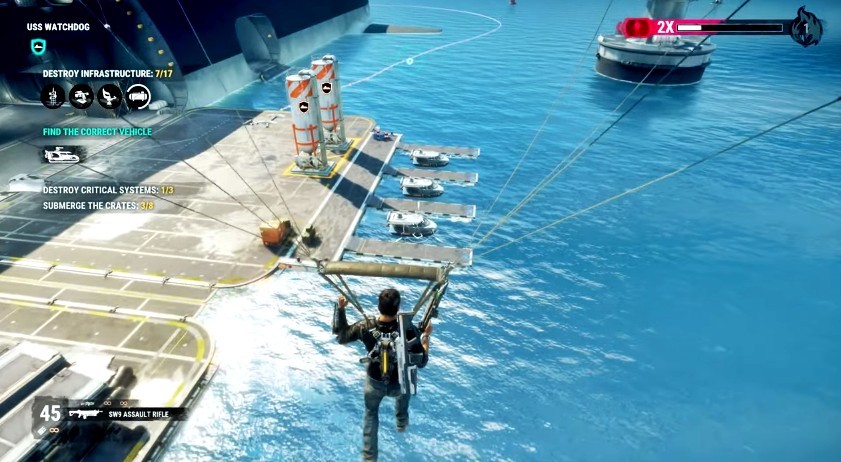 Just Cause 4, much like Assassin’s Creed, follows a story-line, however, this game continues where the previous one left off. Just Cause 4 carry’s on where Just Cause 3 stopped, only with a bunch of new toys that is.

Just Cause 4 plays off in a fictional country based in North America named Solis. There Rico Rodriguez, the character you play, sets out to find answers, after discovering in JC 3 that his father actually worked for Black Hand, a terrorist group also known for being mercenaries. Well, that is how the story goes anyway.

As for the gameplay itself, you have to kill a bunch of bad people, blow stuff up, complete missions, explore an amazing map filled with weird weather and fight a war all using a bunch of really cool weapons or vehicles (Whatever suits your taste). That is to put it in short.

Just Cause 4 now features the most extreme weather yet, with sand storms, thunderstorms, snow blizzards, lightning storms and so much more. Oh and do not forget the everlasting tornado.

With the latest edition in the Just Cause franchise, you can expect more vehicles, supply drops and all new kinds of things that go boom, because that is how this game rolls.

Each weapon now has a new secondary use, such as the sniper rifle, commonly used to kill enemies from a distance; now it has a homing missile launcher attached to the bottom. So yeah, have fun discovering what they all can do now.

The enemies have become stronger. With each game, Rico the character you play becomes stronger with new weapons and such, so it is only fair the enemy does to. Their responses are now more realistic, as one may put it; to whatever it is you are doing. For instance, attach a watchtower with a helicopter, and you will get an air response. Also, they drop grenades when you kill them so watch out.

With new weather come new toys. Yes, the enemy has created monster storms and bad weather, so it only fair you can fight back with the weather. Lightning guns, winds guns and so forth are now included in the game.

Just Cause 4 has a relatively new map. The open-world map now includes biomes instead of just one sunny stretch of nothing.

Unlimited parachutes are a thing now, so Just Cause included it in their game too.

All vehicles have been upgraded giving them a bunch of new uses or allowing you to do a bunch of new things. Fighter jets can retract their wings for more speed and helicopters now have magnets that pick up anything that is not nailed down to the ground.

There is also a bunch of new map changes and other small new features. This list does not include them all.

The new map is amazing with so much more to do.

The new lightning gun is pretty awesome; it allows you to roast anyone that is passing by.

The new weather is epic, especially the lighting storms and snow blizzards.

A lot of the new second uses of guns are quite fun and do loads of damage.

The bunch of new explosive weapons really allows you to have a lot of fun. Blowing things up has always been the goal and now it is even more fun.

One can really go nuts with stunts and tricks now that the fighter jets’ wings can retract. I mean the speed is unbelievable.

The new hardcore enemies make the game more of a challenge, which makes the game even better.

Some guns’ second uses are not actually useful, more irritating than anything.

Enemies drop grenades once killed, which is a bit of a problem in close-quarter combat. 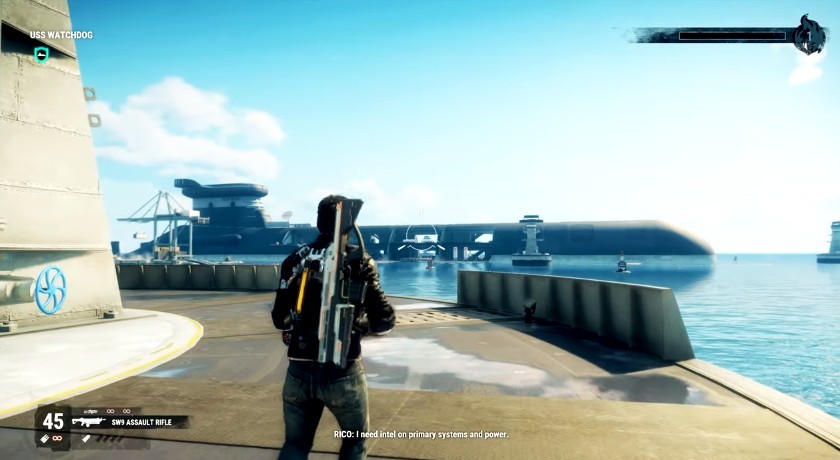 You Can Also Check Out The Just Cause 3 Game Review